This weekend The Husband and I stayed up until 1 am watching, I kid you not, "VH1's Top 100 Hard Rock Songs".

Now, I should have just gone to bed at midnight when they declared "Kashmir" to be the Number 21 Hard Rockingest Hard Rock song.  Despite it being, you know, the best song ever written.  But no.  Number 21.

The mind fairly boggled at what they could possibly put in front Led Zeppelin and we sort of felt compelled to keep watching.  It was like accidentally coming across Jerry Springer or an ABBA video.  We just couldn’t look away.  By the time they got to number five, I knew The Husband was going to have a fit at whatever they put up there as Number 1. 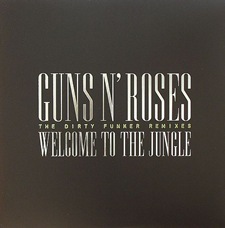 I was not wrong.

Although I don’t believe (as apparently The Husband does) that “Welcome To The Jungle” is, in fact, the first sign of the apocalypse.  Actually, I saw Guns N Roses at Giants Stadium sometime in the early 90's.  The lineup was Faith No More, Guns N Roses and Metallica.  Which was a pretty entertaining concert.  Despite the fact that someone hit me in the head with a beer bottle before it started and I had concussion through most of it.

Ok, maybe it wasn't that entertaining.

You know you're getting really old when VH1 is the channel that's running “The Top 100 Hard Rock Songs” and Dee Snider is hosting. 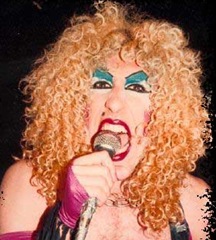 I can remember when VH1 was the channel my mom watched because they played stuff like, uh, Paul McCartney and George Harrison.

Speaking of which.  They say it's your birthday.  It's my birthday too.

Edit: I forgot to add that not only is it my birthday, it’s also Sittende Mai.  Oof da.  Have some lutefisk on me, then.