The Big One and The Little One

Ok, so here's the scoop on TBo and TLo (which now totally sounds like they were on American Gladiators).

We tend to call them "The Big One" and "The Little One" because quite frankly we just can't be bothered to keep track of their real names.   Particularly when screeching things at them like "DO NOT PUT THAT IN THE TOILET DO YOU HEAR ME DO NOT" and "STOP LICKING YOUR SISTER NO STOP LICKING THAT CHAIR JUST STOP LICKING THINGS NO I MEAN IT RIGHT THIS MINUTE".  We tend to pick them out based on size.  Which seems like a reasonable proposal.  Except that it's not so much, anymore.  Because used to be, back in the day, that The Big One being a year older was, well, bigger.  Taller.  Larger around in every capacity.  The Little One being a year younger was smaller, shorter, littler.  You're catching my drift.

But at the beginning of the year The Little One suddenly had a rather dramatic metabolism change.  Precipitated by remission of her arthritis or getting her tonsils out or just plain bad genetic luck… we're not sure.  She's still shorter, no doubt about it, but she's also a lot wider.  Broader.  Uh -ahem- rounder.  The Big One on the other hand seems determined to just get taller and taller without actually gaining any weight, which means she just gets narrower and narrower and narrower.  So now The Big One, whilst being taller, actually wears several sizes smaller than The Little One who is, of course, shorter.

I just don't understand why my husband finds it so difficult to keep track of their clothes. 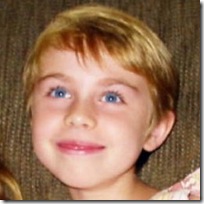 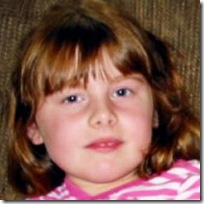 Put them together, you'd have one average-sized child who could purchase her clothes from an actual store.