In Which Aaron Copland Finally Gets His Revenge On Me

In a surprising twist of fate, TLo has become the horse rider in the family and The Big One (initially the only one in the family to express any interest whatsoever in equine species) has pretty much given it up.  It had gotten to the point that The Big One's lack of focus was holding TLo back and TLo now does riding lessons on her own.  She's up to "loping" and is doing the cloverleaf and the poles by herself.  Her teacher thinks she'll place if she competes in shows and she now has started training in how to saddle and care for the horses.

Which means only one thing.

Guess what I just discovered?  There is a surprising dearth of western-wear patterns for children.  Especially girl children.

I do already have this out of print pattern from KwikSew, which only goes up to a size 7. 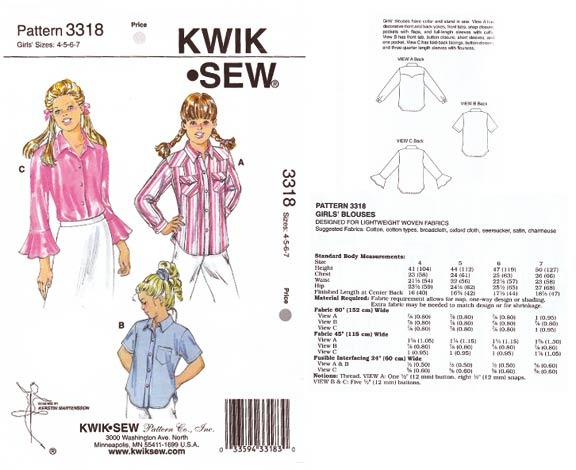 I’m pretty sure TLo the Barrel-chested Barrel Rider wears something larger than a 7.  Even a KwikSew 7.  I could up-grade it.  Or I could take another basic shirt pattern and draft a yoke and add some pointy pockets.

I did just buy pearl button snaps.  And I have some satin to make piping.

I drew the line at fringe. 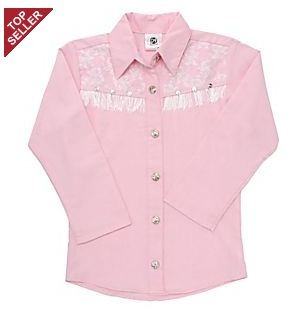 I'm betting TLo would go for this rose-print-ric-rac-and-pink-pearl-button combo.  Right?  It’s pretty cute (you’ll have to click over to see it close up). 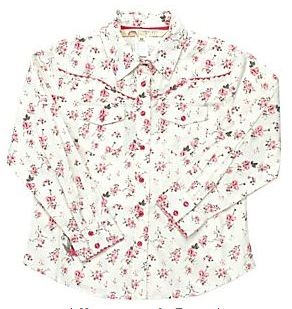 And in case you’re wondering about Aaron Copland: I had to play “Hoedown” from Rodeo once and neglected to practice.  It’s a finger-twister, people, and I mangled it but good.  Copland was surely spinning in his grave.  Well.  If he hadn’t still been alive at the time. But regardless.  I walked away from the scene of destruction no worse for wear and breathed a sigh of relief. I was Unscathed.