So look what I got in the mail a few days ago: 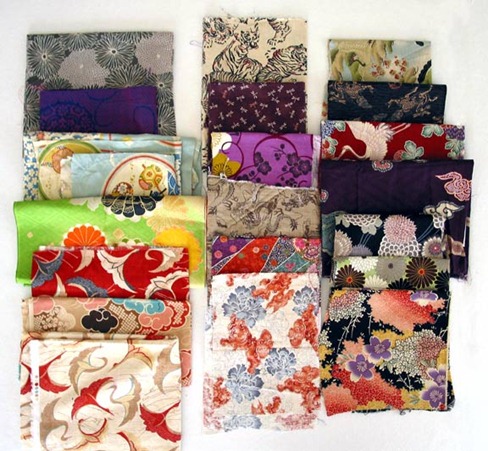 It’s an assortment of off-cuts from Japan, courtesy of Big In Japan.  Some are rayon, some are cotton, some are silk.  There are dragons and mums and cranes and just all sorts of traditional motifs.  The Evil Monkeys and I are going to plan a wall hanging using most of these, some small purses (or similar) using the others and then the Evil Monkeys can have the remaining bits to make something else of their choosing in the future.  Whew!  That’s alotta projects.  Aren’t we lucky?!

And in the mail I also received a lovely gift from G.Marie, in the form of two issues of BurdaStyle that I did not own.  Yay!  I wasn’t even sure where to start with that one, so I picked this duster: 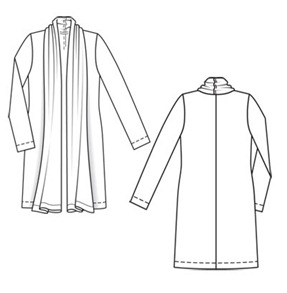 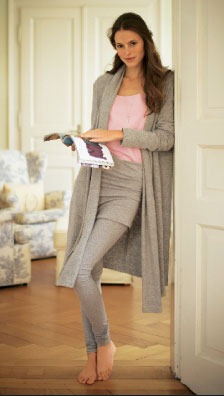 I’ve been wanting a drapey duster pattern forever.  Despite having five or six on hand, not one was exactly what I wanted.  This one is!  Awesome.  I’m working it up now in a reeeeeally cheap heather-grey pucker-knit that I must have bought on sale at Hancock’s… there’s no other explanation for having five yards of it.  Which is fortunate, because this pattern calls for three!  Yikes, that’s alotta fabric, right?  Even I don’t have very many lengths of fabric that would cover that.  If it comes out well, I’m going to buy something prettier and make it up again.

In the meantime, I have multiple projects in the planning stages (as usual) and not a lot in the almost-finished stages (as usual).  I have to make TLo a spring dress and also of course some western shirts.  I have a ridiculous collection of gingham I could use (that’s ten different ginghams!): 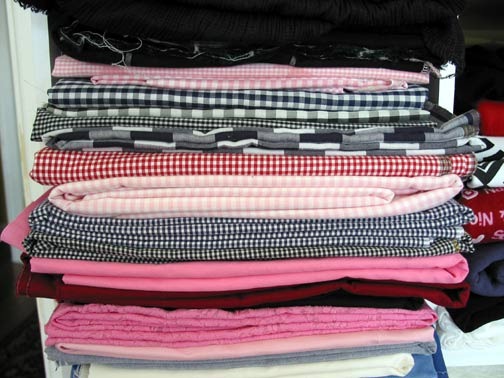 but I’ve decided to start with these fabrics from the stash for the western shirts (I already used the bottom fabric to make this skirt): 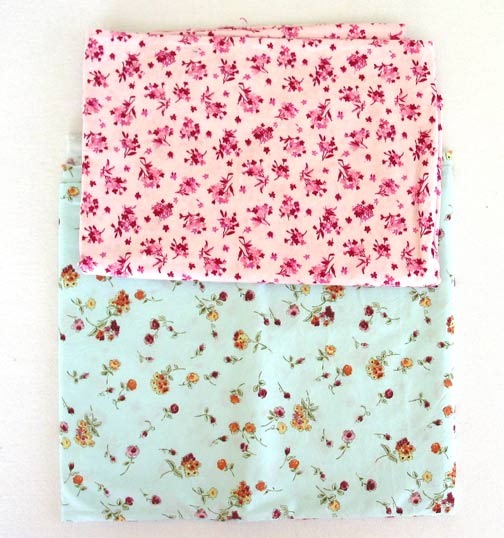 and this fabric for the spring dress, also from the stash (no pattern chosen as of yet, but something basic to show off the gynormous print – note the seam gauge at the left side of the image): 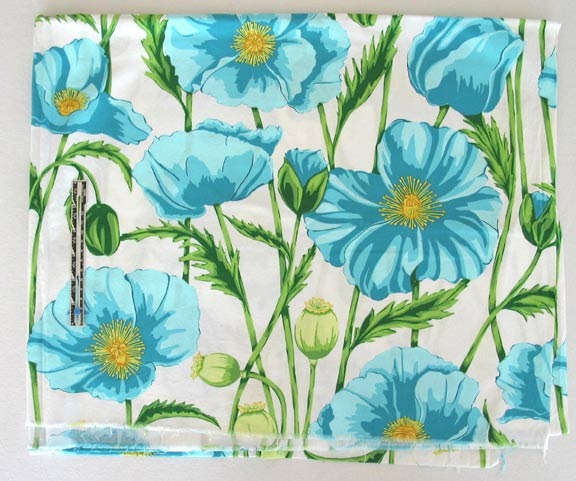 My mom bought the Evil Monkeys each one of this sweater: 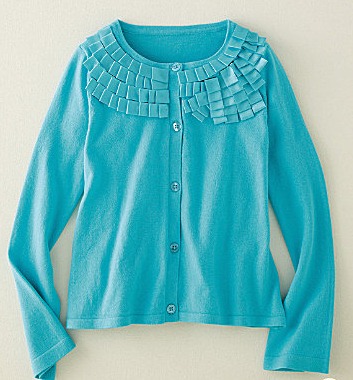 which hopefully will match both their dresses.  We’ll see.  (And no, we don’t normally dress them alike, but both Monkeys insisted they wanted the turquoise… we explained to The Big One that, because she gets hand-me-ups and TLo’s is three sizes bigger than hers, she would probably be wearing this sweater for the next four years.  She didn’t care.  We’ll see how that goes four years from now when she’s still wearing it to school.  I guess you can’t say we don’t get our money’s worth out of a $50 kids’ sweater.)

And thus concludes this episode of “What I’m Pretending To Have Accomplished When In Fact I have Accomplished Very Little… Now With Added Gifts!”  Maybe next time I’ll have a wall hanging or a duster or a western shirt or a spring dress to show you.  We can dream.