I’ve been meaning to show you a recent gift for some time now.  I just keep forgetting to take the pictures.  Last month, Big In Japan sent me a present!

First off, here’s the envelope: 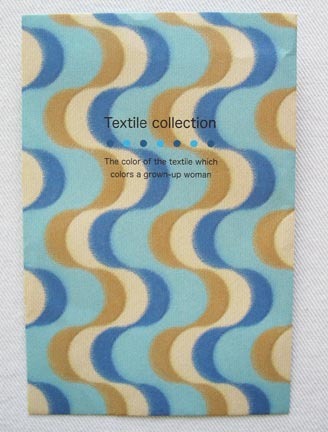 Here’s what the envelope says: 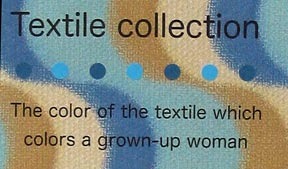 Oh how I love the Japanese obsession with funky stationary.  For example, here are some file holders that my sister brought back for me one year (knowing that I love love love anything Tintin): 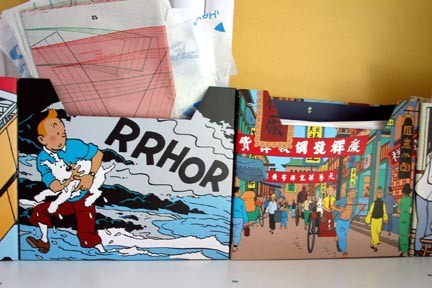 Anyway, inside the mysteriously-worded envelope from Big In Japan was this totally awesome piece of fabric. 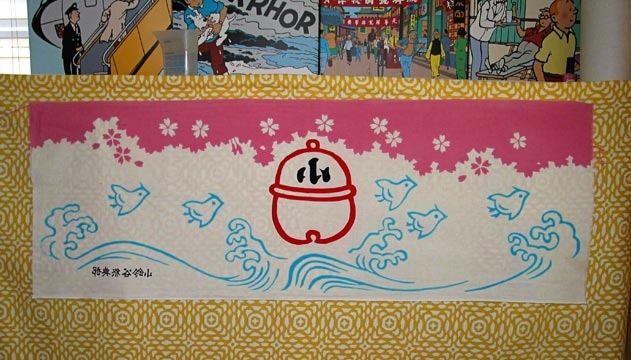 I’m going to let her describe it in her own words (with her gracious permission, of course):

“Enclosed, a souvenir for you from the spring festival I attended in early April…. This is a tenugui – a Japanese hand towel - “te” = hand, “nugu” to wipe.  They are an art form dating back to, I believe, the Edo Period…. They’re usually 100% cotton, like this one, and sometimes backed with gauze.  They are used for a multitude of purposes: hand towel, sweat rag/scarf, bandana, headband, wall hanging, dish towel, fan (good to wear at a concert), computer keyboard cover, shelf runner, advertisement…  This particular one is given out at the festival to participants or as a thank-you for donating something – in my case, a big bottle of sake.

Pink sakura – the cherry blossoms are usually full-on during the festival.  The waves – the town is on the coast and fishing/seaweed are still important forces in the community.  The birds – honestly, I’m not sure, but they are cute!  And the bell – it’s the festival bell, the mark of the town  (the town is Kosogaya) and the writing in black says Kosogaya Festival Group.

So there you have it.  A real deal textile-souvenir from Japan that can’t be purchased.  Tenugui – I could ramble, but then this package would be delayed even longer…. I have a lot of them.  A lot. Thought you’d be able to appreciate and understand – oh the sickness….”

Yes, I most definitely understand.  People with the same sickness can recognize each other.   That preppy tall girl that I had to sit next to in 8th grade German class?  That’s so working out for me.  (And yes, Big In Japan I’m-covered-in-tattoos-and-play-in-a-doom-metal-band was a preppy.  Big time.   I have pictures to prove it!  Well, ok, I don’t have actual pictures.  But I do have vivid memories.  Ha.  Maybe I can blackmail her into sending more gifts!  I’m heartless and cruel like that.)

In any case, here’s to Big In Japan.  Thanks! Mwah!

PS. Perhaps someone could convince Big In Japan that she should start a small blog with photos of the stuff she makes.  Right?