Polo or rugby... what's the difference?

Filed under: Big4 Patterns, polo shirts, school uniform
My husband would say "The difference between tw**s and Real Men".

Honestly though, this is the most difficult question to find an answer for on the internet. No one seems to have devoted any bandwidth to this issue. Is it really as simple as solid vs. stripe? Maybe so.

Whatever. Here's my fourth polo/rugby shirt. 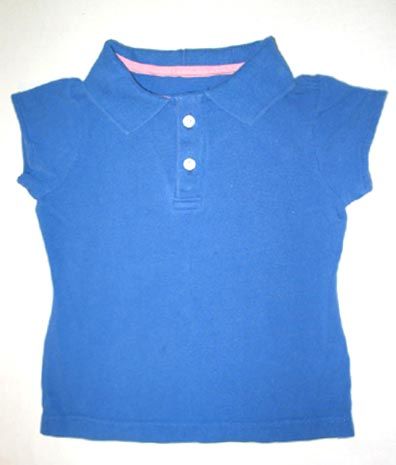 This one was made using the same pattern as the last, which I wrote about in this post.

So, how to make a collar smaller? I dismembered the original shirt including trimming the collar away from the neckline. After cutting out and starting construction on the new shirt, I resized the collar. In this case I decided to have the collar meet up at the edge of the placket rather than offset the way it was in the red shirt. To scale the collar to my new shirt, I measured how long I wanted it to be by pinning it to the neckline starting at the front and marking the center of the neckline on the collar. Next I drew a straight line at the center marking on the collar and added a seam allowance. I cut the collar at the seam allowance and then laid the resized piece over the remaining piece. I trimmed this to match so I had two equal pieces. 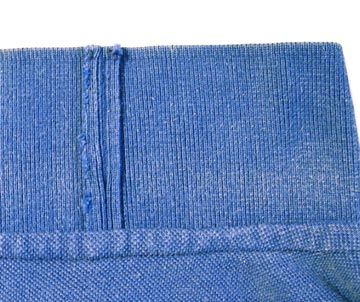 I seamed it back up with a straight stitch, pressed the heck out of it and there you have it: kid-sized collar. 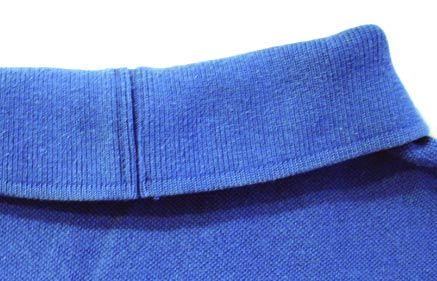 The rest of the construction was as usual. Piece of cake!

Mmmm... cake.
Email ThisBlogThis!Share to TwitterShare to FacebookShare to Pinterest