So this weekend I headed out to Hancock Fabrics.  I didn't really plan on it, but let's just say I really needed to get out of the house for an hour or two and without a specific place in mind to get out to, I thought "What the heck... Vogue patterns are on sale".  Yeah.  It was a real arm-twister for me.

Actually, I don't typically do Vogue patterns.  Generally speaking the styles are not suitable for my figure (or lack thereof).  I was mostly interested to see if there was any winter coating on sale.  I am in desperate need of a new winter coat.  But I figured I could take a look at the Vogues while I was there, which I did.  Because despite owning four years' worth of Burda World of Fashion, which should be called Burda World of Coats and Jackets, I figured it couldn't hurt to just take a quick snoop at Vogue's coat offerings.

I'm so glad I didn't make that "use up all the patterns in your stash before buying more patterns" resolution.  Um.  I didn't, did I?  No.  I didn't.  I'm pretty sure. 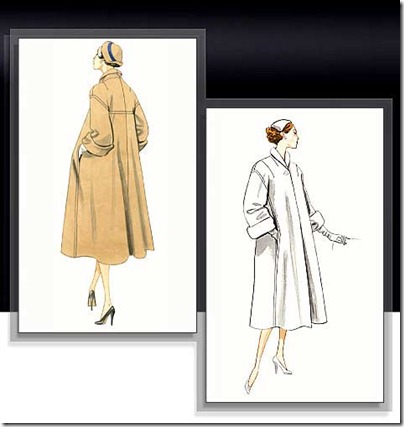 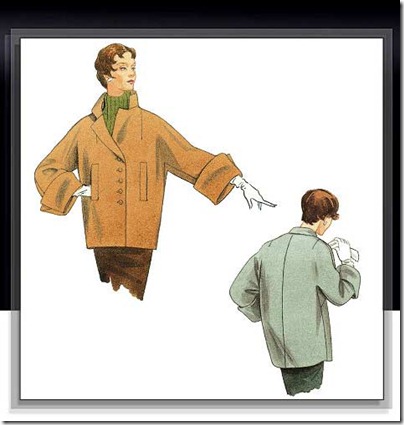 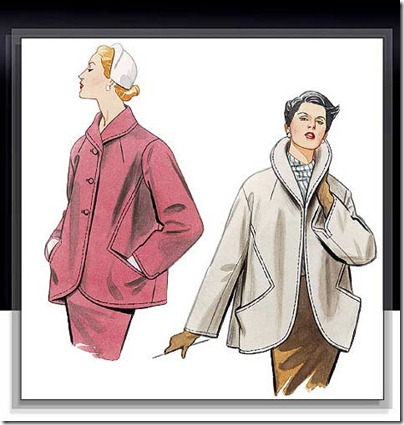 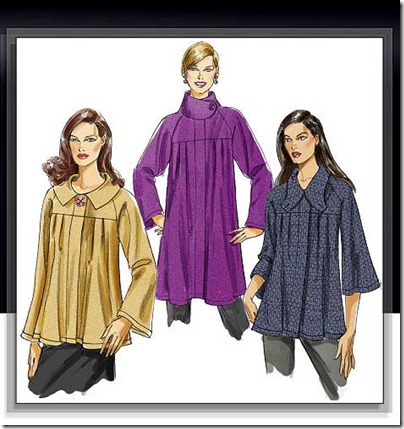 I am a coward.  I just couldn't cope with cutting straight into my hoarded wool melton and fitting and tailoring a whole coat... but I didn't think any of those pretty vintage patterns would really lend themselves to my Grand Plan of making a "muslin" (which I will then wear for five years) from polar fleece.  Well… maybe the third one but it would be a bit squirrelly.  So.... boring old tent-coat it is.  I'm making the version with the flat collar.  My only hope of a saving grace on this is that I will hem it shorter than I normally do and therefore I might actually look more stylish than I normally do.  That's the Plan anyway.

Having proven my cowardice at the pattern table, I headed for the wool section to see if I could talk myself into buying a cheap enough wool to make a vintage coat after all, without having some sort of sewing seizure.  I say I went to the wool "section" but "micro-area" might be a better description.  Our Hancock's normally has about 5 wool selections a year, some of which have been there for three or four years as far as I can tell and at least half of which are in shades of lavender and baby pink.  Apparently they think people only make coats for 4 year old girls.  This may in fact be true.  Regardless, I do not want a baby pink coat.

However.  Since early this autumn they have had one really fab piece of fabric over in the sad little wool section.  Since I have at least four pieces of pricey but unused wool lolling around in my stash I have studiously avoided buying anything over there, but last autumn this piece screamed "Take me home with you!"  Only my steel-like hardened heart allowed me to ignore it's pleas and cries.  Until Saturday.  When it shouted, "I'm on SALE, you heartless woman!  HALF PRICE, for crying out loud!  What, are you made of STONE??"   Well, fine.  I put it out of it's misery and bought 3 yards. 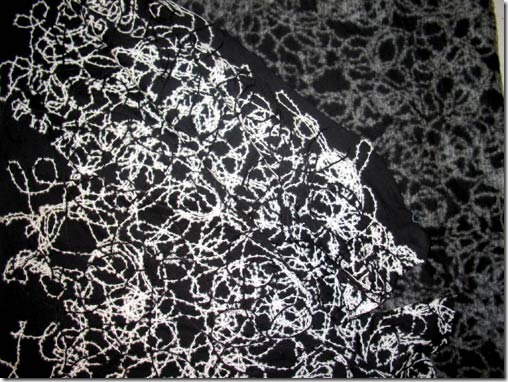 Except I have not one clue what I can make out of it.  It's got black and white wool yarn attached mysteriously (i.e. I haven't bothered to see how) to a synthetic jersey knit.  So it's fluid and drapey but also, you know, wool.  I can't wear wool next to my bare skin, so it's got to be an outerwear or layering  item (even though it would make a totally funky sheath dress or something if you were inclined towards the slightly off-beat). 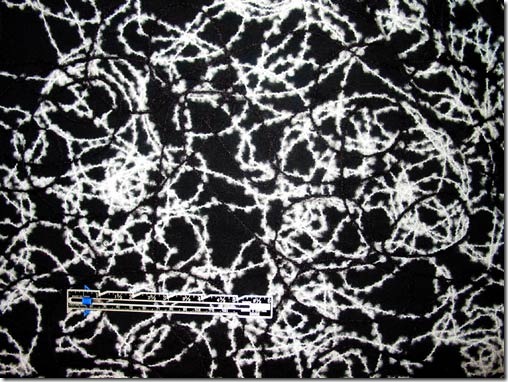 This type of pattern is probably what it should be made into: 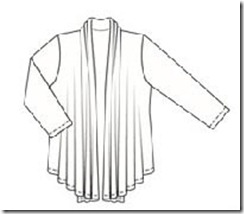 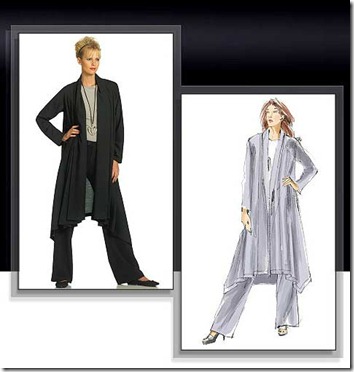 Due to it’s apparent popularity in European pattern magazines the past five years, I personally own at least five patterns of something like this.  And you constantly see this type of garment showcased in "plus" sized magazines and catalogs all the time, so presumably this is a good plus-sized garment.

(Saying that, they also tend to showcase things like housecoats, weird bib-front shirts in ugly prints and, my personal favorite, caftans.  So I am definitely willing to consider that these people do not, in fact, have a flippin' clue what looks good on anybody and the whole drapey-cardigan thing is just a joke along similar lines.)

Unfortunately this type of garment is most decidedly Not Me.  It is very much My Mom which makes me tempted to donate this fabric to her except that every single offer I've made to sew a garment for her has been (politely) rebuffed, which causes me to think "I'm not wasting that awsomely fabulous fabric on her".  I'm selfish like that.  And it leads me to something of an impasse.  What can you make from a drapey-wool-jersey-knit-backed fabric?  That won't make you look like a deranged 400-pound yeti?

And so after ten thousand words, you now know that I am the proud owner of a piece of fabric that I have no earthly idea how I will use.  Again.  It's a gift I have.