Perhaps They Were Right After All…

Yesterday I had an entertaining conversation with Big In Japan, in which I questioned the addition of certain Facebook friends to her list.  My question was, “Is it mean, churlish, just plain b*tchy to ignore friend requests from people who I barely remember but who feel in some way compelled to add me to their friends list simply because we happened to graduate from the same high school in the same year?”  We decided that no, it wasn’t.  I mean, we are talking about people I barely remember the existence of.  I have also not set foot in the town of my graduation for at least 16 years.  So no. I am not going to add as a friend the person who, based on my admittedly very hazy recollection, had one thing to say to me in all four years of high school.  Which was to tell me I was a stuck-up b*itch.   So, no.  I’m not mean.  I’m just not interested.

Then I was sitting here sniffling and hacking up a lung (because someone at work brought in a vile illness last week and then generously gifted it to me) and trying to think of a new post topic and I wondered whether I am after all a bit of bee-atch.

Because all I could think to say was:  “I hate Adrienne Vittadini.”

Which frankly is a teensy bit, well, unkind.  I mean, I don’t even know Adrienne Vittadini.  But I can honestly say I have hated her for years and years and years.  You know how I said I love Anna Sui?  I hate Adrienne Vittadini the way I love Anna Sui.  She is my anti-girlfriend (because no, Angie A., Anna Sui is not your fashion designer girlfriend). 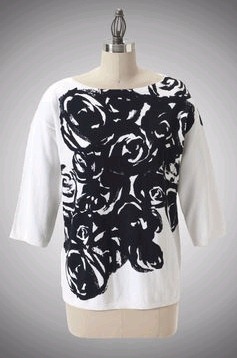 Here is a classic example of the monstrosity that is the Adrienne Vittadini collection (as shown by MyShape.com).  Apparently the crack-smokin’ fashion ladies at MyShape think that I would like to put this garment on my body.  They are seriously mistaken.

You know what would be cool?  A thumbs up/thumbs down button at MyShape.com.  You know, how Pandora.com has that feature so that if they play you a song that you loathe, you can thumb-down it and they promise to never ever ever play that song again?  For a month?  That feature.  Wouldn’t that be cool?  Someone get a hold of the crack-smokin’ fashion ladies and let them know.  I won’t even take credit for it. 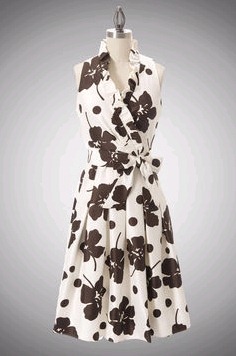 On a more positive note, the crack-smokin’ fashion ladies also recommended this Jessica Howard dress (despite my own shape being the only letter not attached to it) and if I could get into it I would totally put this on my body.  So there’s some hope for them after all.