Why Do People Keep Saying “White Christmas” Like It’s A Good Thing? 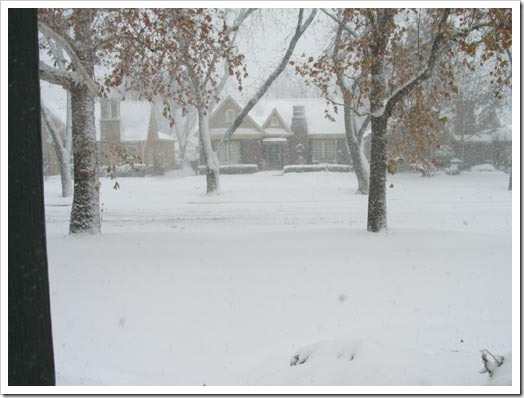 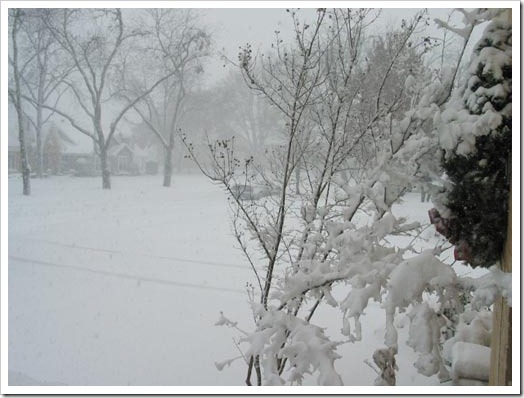 This is what it looked like when it started snowing.   It snowed until 5:00 p.m.

Now, it is true that I grew up in Minnesota and North Dakota and I have seen my fair share of snow.  But the thing is, when you live in Minnesota and North Dakota you own stuff.  Stuff like snow shovels and snow suits and winter-friggin’-boots.  When you live in Texas you own sandals.  (OK fine, we have other shoes besides sandals, but they are hardly any  more snow-appropriate and might as well be sandals for all they keep your feet snow-free.)

It is so not fun to live in Texas when Mother Nature suddenly decides it would be hilariously funny to dump 10 inches (TEN INCHES) of snow on you.  Trust me.  Not fun. 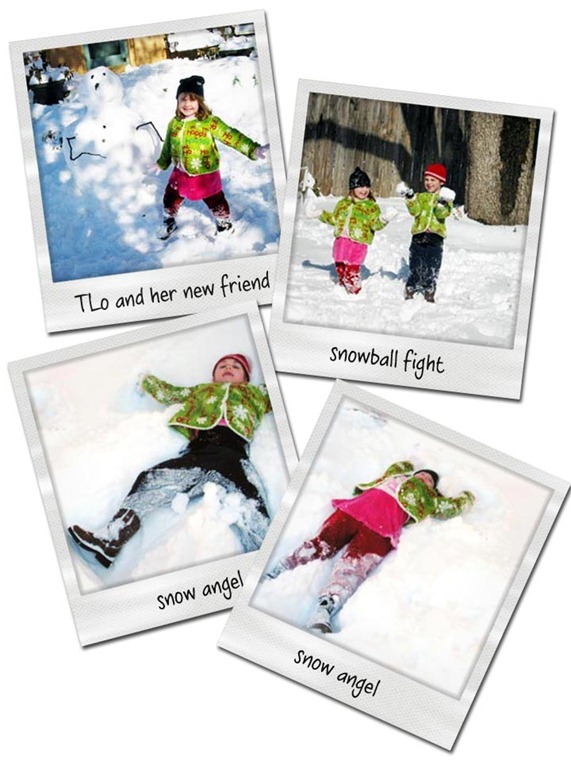 In a sort of loop of irony, because the girls have so few long pants we have definitely contributed to the greenhouse effect by drying and drying and drying loads of snow-soaked clothes.  We probably retroactively caused this snowstorm in the first place.   No really.  I firmly believe in that sort of circular time.  See, when I was high-school I devised this theory of time as being a sort of helix and… no wait.  Come back! Don’t leave!  (Actually, the real irony is that I off-the-cuff developed this theory to explain something or other that was totally stupid and then about ten years later read some article in a quasi-scientific magazine -because I don’t read real scientific magazines-  that some fancy-dancy physicist or other had hypothesized just this theory about time being a helix.  I really just don’t ever get the credit I deserve.)

So, the girls got to see their first “real” snow which made them extremely happy.  They also got “the best presents EVER!” from Santa (that Santa, he’s clever) so all-in-all their Christmas was pretty darn good.

Mrs. Santa got several nice presents herself, especially when you consider that Grandma and Grandpa Claus are underwriting the Claus household next year while Santa goes back to nursing school, so Mrs. Claus was pleasantly surprised to receive the Threads “Every Edition Ever Created (until 2009)” DVD, which because she’s got the plague (again) she has not had a chance to crack open yet.  But still, neato!  She also got several books she’d put off buying (like Sarah Vowel’s “The Wordy Shipmates”) plus some iTunes and Amazon gift cards and several other nice things.  And to top it off, her sister-in-law (The Anti-Pam) supposedly bought her a '’gift card for fabric” and although this gift card hasn’t actually arrived yet (and Mrs. Claus does not count her chickens before they hatch), this does firmly put The Anti-Pam pretty high up on the Relatives We Like list.

I still think the constant singing of “White Christmas” and “Let It Snow” is annoying.  But then, I would.  I’m just like that.