So Maybe All Of Life’s Problems Can’t Be Solved By YouTube. Maybe.

You know how sometimes you’re looking for something, some indefinable thing, and you just can’t seem to find it?  That’s how I’m feeling lately about… almost everything.

I didn’t find what I wanted on YouTube.  I did find this, however.  A pretty darn good clip of Ike&Tina.  You always gotta love Tina (not to mention those crazy backup singers, those girls are workin’ it).

I did spare your delicate sensibilities from the horror that is a clip of Tina on “Shindig”.  I mean, really?  White girls in go-go boots?  Glenn Campbell on guitar (that is Glenn Campbell, right)?  It’s sort of like watching Aretha Franklin on the Lawrence Welk Show.

You remember the Lawrence Welk Show.  “And uh-von and uh-two… everybody polka!” 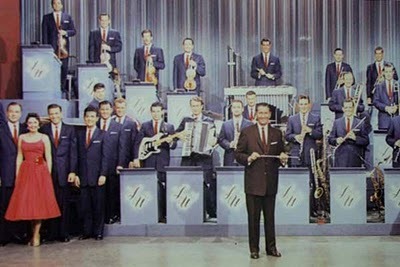 Lawrence Welk was from North Dakota.

(Ha.  I shouldn’t be ugly.  North Dakota has every right to be proud of Lawrence Welk and virtually every other 19th century pioneer who managed to survived a winter there to go on to do… well, just about anything.  You made it through the 60-degrees-below-zero winter with all your fingers despite living in a sod house and having no food?  You deserve commendation.  You play that polka music, dude.)