So this week I garnered my 100th follower.  Amazing!  And of course, I figure this is an opportunity to... shamelessly promote myself and toot my own horn for a while.

In honor of the 100th follower (who happens to be the lovely Karin from “Sew Here We Go Again”) I've decided to make a new page called "The Best Of Beangirl: The Blog".  Um.  In case a new reader might be slightly, uh, bored.  With the recent fare.  Er... because it's been slightly slow lately.  A bit.

In fact I think most of the recent followers have actually been reading for a while (like the above-mentioned Karin) but what the heck.  New page.  Up there.  At the top.  Check it out.

Every Girl Deserves A Mink…. y.

Now, I'll be the first to admit that minky blankets from the discount store are a bargain-and-a-half when it comes to buying fabric.  Each one of these blankets provided 60"x60" of fabric for $8.00.  You can't beat that kind of pricing.  I can't get a solid-colored minky for less than about $10/yard at the fabric store.  And the quality seems a little higher in these blankets.  Or at least, they’re a lot softer.  So it's worth it if you want to sew minky.

On the other hand, you then have to sew minky.  I hate sewing minky.

Seriously.  We will be picking fluff out of our hair for months.

Still, I ended up with a cute little cardigan/coat for The Big One. 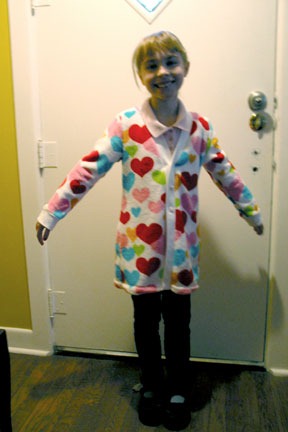 I managed to bribe her into wearing it by putting cat buttons on it.  She'll pretty much do anything for cats.

The pattern is Ottobre 4-2011 #21.  The only changes I made were to use the original hemming on the blanket instead of the hemline of the pattern (it’s slightly curved) and I added cuffs to the sleeves (because I really really really didn’t want to hem the minky).  This whipped up really fast (like, it took me less than 3 hours to trace and cut and sew, so a normal person could probably do it in an hour).  Of course, I didn’t put the pockets in. 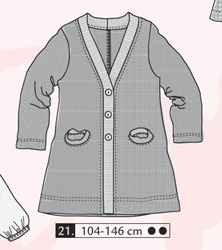 I decided to use the same pattern for both Evil Monkeys, which actually worked out ok because they're both a 122 in height.  Of course one of them is a 98 in width while the other is a 146.  So there's that.  But I just cut out the 122 as-is for The Big One (it's a little loose) and now I can just widen the pattern for TLo and I don't have to trace twice.  I'm thinking this might be useful in the future.  Or at least for as long as they stay close to the same height. 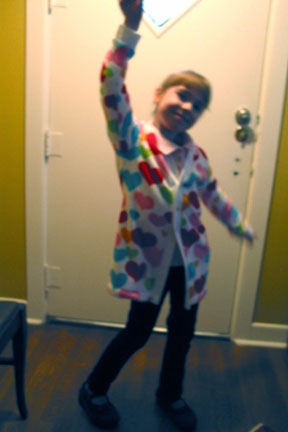 Blurry, but happy.  And fuzzily warm. What more can you ask for?

While I totally support the right of people and corporations to maintain rights over their property (intellectual or otherwise), I don’t really think the average person should be punished to maintain it.

Today I was going to show you my favorite dresses from last week’s episode of Downton Abbey.

Does it really harm the makers of this show when I post a photo praising their lovely work?  Apparently it does.

Think SOPA and PIPA won’t affect you?  It probably will.

See? I Did Make Something. 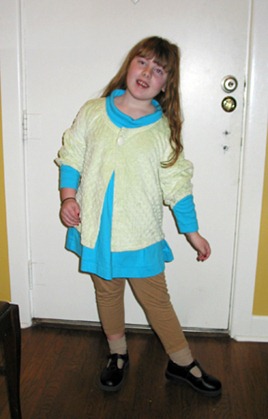 She lives in a fabulous world of sunshine and rainbows and bellbottom corduroy pants. She hears the sounds of the happy birds calling her….

Actually she looks like a mannequin, don’t you think?  If only she were as quiet as one.  Or as obedient. 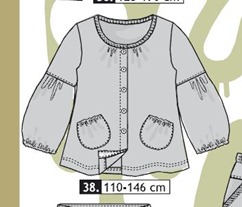 The jacket is cute.  Unfortunately, you wouldn’t know that based on the photos of TLo wearing it, since she insisted on putting it on over her bulky tunic (also cute.  Y’know… on it’s own…).

I did try to take some other photos.  Not very successfully. 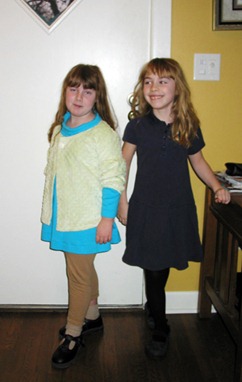 I can’t even think of anything to say about this.   It’s just disturbing. 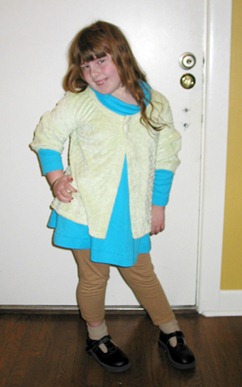 What are they looking at??? 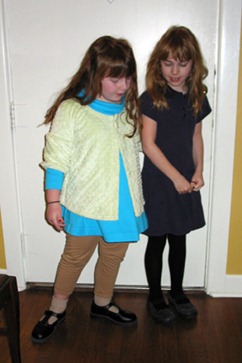 In Which I Am Crabby. And Snarky. And Not Very Funny.

I was going to make a post about sewing.  Honest.

I finished (mostly) re-padding my new french friend.  I didn't forget to take pictures.  No way am I taking pictures.  Of what is, essentially, me naked.  If I was purple.  And didn't have arms... or legs... or a head.  You don't need to see that.  Trust me.

I started fitting a new tunic from Ottobre (5-2010 #6).  But then I realized that I am a freak of nature.  And apparently can't be fitted.  So I got irritated.  And I don't have pictures.

Fine.  That's the only random funny thing I can think of right now.

Is it December yet?  I could use a Christmas vacation. 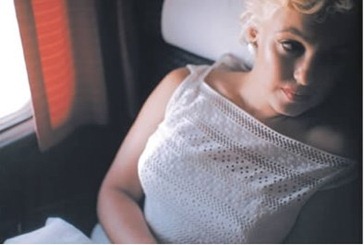 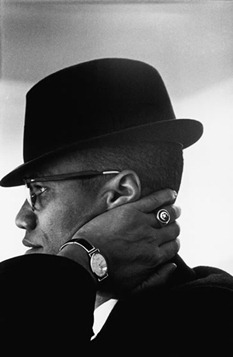 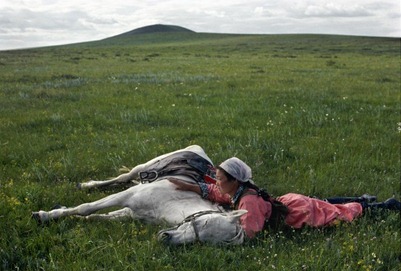 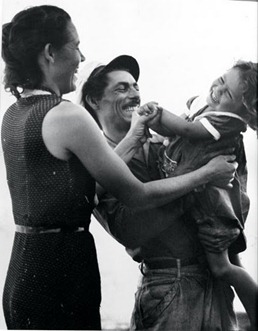