Polo Cubana… I think we had that for dinner last night.

You may recall that the Evil Monkeys were removed from my presence by the Grandparents for 10 days.  Or you may not.  I certainly do.  Ah, those peaceful, tidy ten days.

However, I did sew one thing.  And it was even for one of the Monkeys, which I think is pretty big of me, really.

‘Member how I was whining about not making any polo shirts this summer?  Well, I actually did make one polo-type shirt.  In fact, it was making this polo-type shirt that caused me to realize the true cubical nature of TLo.  Check it out. 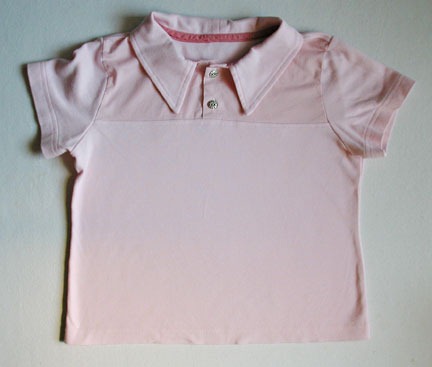 I used the custom block I drafted for TLo this spring.  My first version was a square-neck t-shirt so I had to alter the pattern to accommodate a collar.  I also was using an old long-sleeve shirt I got from my mom for the fabric and apparently I’d already used some of it for something else (I have not one clue what that was) so I didn’t have quite enough fabric.  Solution?  I made a yoke out of an awesomely matching poplin that I had in the stash.  Seriously.  Exactly the same color.  In the stash.

I would like to note that this almost never happens and you should be totally in awe of me.

Here’s the pattern with the original t-shirt on the left, the new yoke and collar on the right: 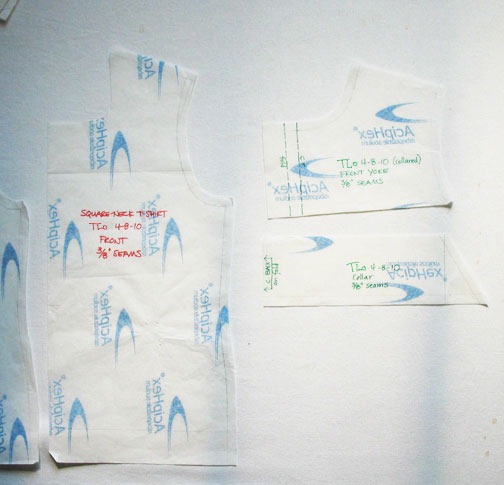 And here’s a close-up of the yoke and collar, which I did with knit on the top, poplin on the under-collar and no interfacing at all. 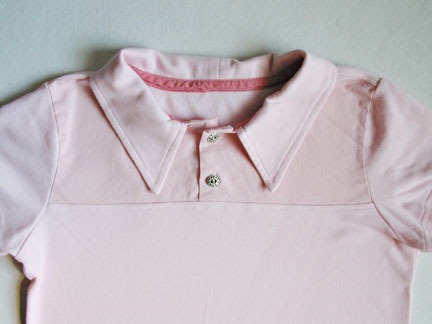 Here’s another cool thing: I didn’t have to do a real polo placket because of the seamed yoke.  Again, you should be envious of my mad dezign skillz, people.  Plus, for using a RTW shirt, so I didn’t have to hem the sleeves or the shirt hem.  Flippin’ genius.

And if you’re wondering about TLo’s cubicalism, I think this pretty much says it all: 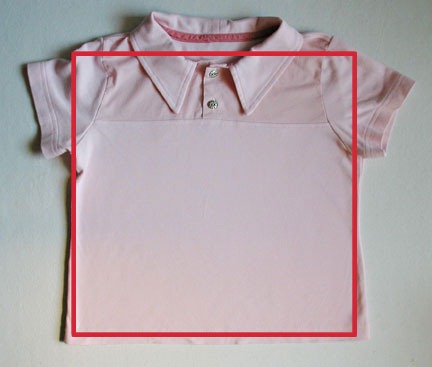 The nifty thing about drafting her own block is this: 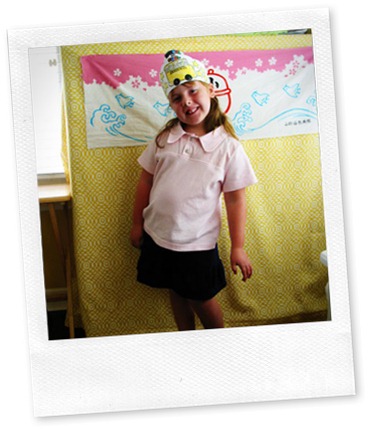 When you put a Cube Shirt on Cube Girl, you get a nice flattering fit.  Go figure.

(That’s a First Day Of School crown on her head.  Everyone’ll be wearing them this year.  You’re jealous, right?)