I heart me some Modwear.  Seriously.  I mean, I stopped watching Project Runway halfway through two seasons ago and I’m actually almost sorry because I missed out on this guy: 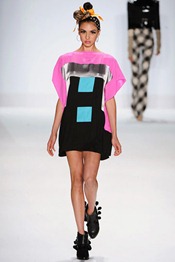 And of course the anti-social rebel in me felt compelled to create a mod dress for TLo’s school uniform.  Because that’s exactly what school uniforms need more of: Mod.

In that vein, I attempted to make this dress for TLo.  It (technically) conforms to the dress code: sleeves, collar, solid color.  Right?  RIGHT? 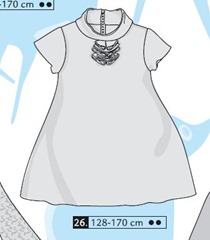 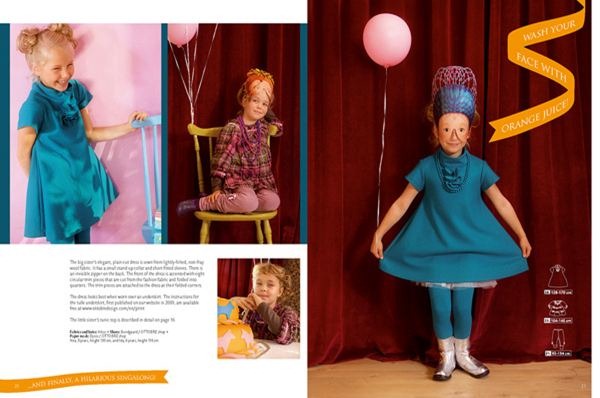 Unfortunately, in my brilliance I decided to not (as recommended) use felted wool but instead use a slubby sort of linen-lookish cotton that I got... from somewhere.  (Probably from Fabric Mart in that bundle of stuff that included the Anna Sui Harses-Harses-Harses border print and the surprise pink dotted-swiss voile.  Just guessing.)

Anyway, I made the dress very specifically not from felted wool (and given that today –two days before Thanksgiving-- it's 81 degrees outside, that was probably not an unreasonable decision).  Which is fine.  Until I realized that one of the reasons felted wool was probably a good choice for this dress is that the ruffles on the collar are unfinished.  Which obviously works fabulously in felted wool, but not so fabulously in cheap linen-lookish cotton.

This tragedy might have been avoided by simply overlocking or zig-zagging the edges of said ruffles... except I didn't have any orange thread. And wasn’t about to go and buy some.  I could have used the white thread I used on the rest of the dress, but it would have really stood out and possibly made it no longer so “solid colored”.  So I didn't attach the ruffles.  Which immediately begged the question, then why make the dumb thing in the first place?

I know.  It's a good question.  A mod dress with no mod ruffles... is just a plain boring dress.

I did make an orange fabric rose pin to stick on the front, thinking it would at least add some visual interest.  But it's too heavy and droops in a very unbecoming manner. 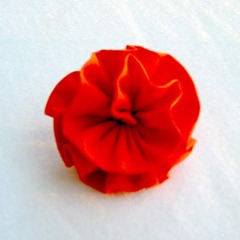 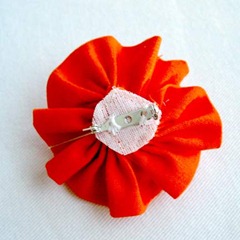 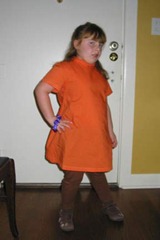 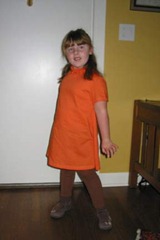 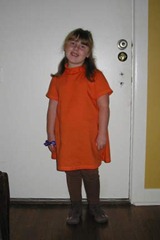 Plus, she wouldn’t wear the white go-go boots.

I've decided Mod is not good for us.

But here’s a Mod-ish blast from the past… if your past includes early 90’s Canadian hip-hop.  Mine does.

In our next episode: BurdaStyle... apparently they think we have monkey hands for feet.  It's the only explanation for their belief that assembling this dress is possible. 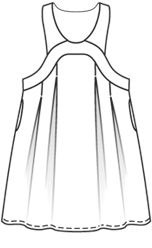