Texas. Oklahoma. Texoma! Get It?

People Of Texoma, I Call On You!  Uh.  Or at least, I very humbly would like to ask you a question… and my apologies  to the non-Texomans who read this, of which I'm pretty sure 99.9% of you are.  Just bear with me today.  Today is all about blatant regionalism.

Right.  What are we talking about?  Oh yeah.

PEOPLE OF TEXOMA, I CALL ON YOU... to help me think of interesting and cheap things to do during my mother-in-law's visit this August.  Yes.  I said August.  She's visiting us in August.  The hottest part of the year.  She is a flippin' lunatic.  (Really it's just that the third week in August is the only week that The Husband isn't in school 10 hours a day, so that's when she's coming.  Although I can't really say that means my mother-in-law isn't a lunatic, because she is.  Bless her stubby little heart.)

We want to do something fun but not horribly expensive, preferably in the nearby area and preferably something we haven't done a dozen times before (i.e. going to the Dallas and/or the Fort Worth Zoo). 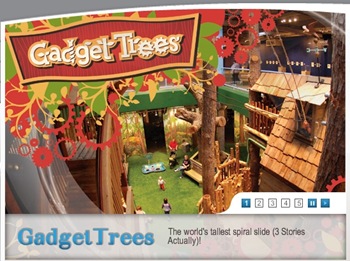 We went there once about 8 years ago and weren't hugely impressed, but I've heard it's been improved a great deal since then.  I have no recollection, for instance, of the World’s Tallest Spiral Slide, which I think I would remember.   The Big One and TLo are both interested in stars and planets, so they would probably also like the planetarium (even though on our previous visit, we were subjected to what I can only call The Most Bizarre Planetarium Show I Have Ever Had To Endure-- to give you an idea, my mother and I were giggling so hard by the end that we were almost asked to leave. It was a bad, bad show). 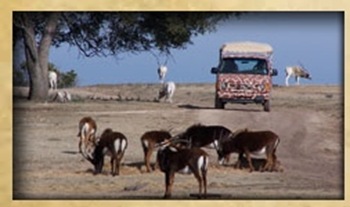 I thought we'd all like some sort of guided tour (not cheap but not super-expensive and something everyone will enjoy as far as I can tell) and the kiddos would love the fossil digging expedition.

We actually did this last year, but had to go on a holiday and it was so crowded that it wasn't as enjoyable as it might have been.  I was hoping on a weekday in August it would be better.  It's a very cool zoo.

And that's what I have so far.  I, of course, was totally willing to spend the entire day at Golden D'Or, but for some reason everyone else thinks this is dumb.  Sheesh.

So there you have it.  My exhaustive list of things to do in North Texas for relatively little money with two young children and a crazy English lady from New Zealand.  Any other suggestions??  Please help!  (I'm looking at you North Texas lurkers... now's your time to shine, people.)