Fact Number One:  We own The World's Largest Collection of Paul Weller CD's. 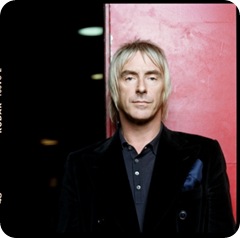 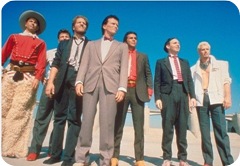 Fact Number Three: I routinely get the two mixed up.

Why do I mention this?  Not a clue.  Other than I was listening to Paul Weller in the car today on my way home for lunch and also happened to catch a clip of RoboCop in a commercial when I turned on the TV.  Coincidence?  Uh.  Yes.  But it amused me. 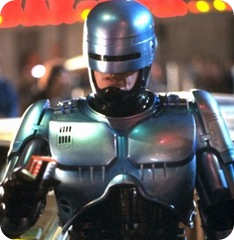 Did you know that Peter Weller (not Paul Weller) is some sort of professor of ancient Roman art or something?  The Husband and I watch a lot (a lot) of documentaries re: anything remotely related to the ancient Roman world (because the Husband is a Roman Geek and can't seem to stop himself).  Peter Weller (not Paul Weller) comes up rather-unusually-often as a commentator on these things.  It's a bit off-putting, to be honest.   I mean, RoboCop has so much to say about ancient Roman fishing vessels or whatever?  Wow.  He's a Renaissance Robot.

I keep trying to find out if Paul Weller (not Peter Weller) has a sideline as an astronomer or nuclear physicist or something.  Somehow I don't think so.  He can write a pretty mean song, though.  Here's a production clip of "Wild Wood".