The Evil Monkeys attend one of three schools in our entire school district which require a uniform.  Three.  We are just that kind of lucky.

Now, those of you who've been around for a while may remember that last year I wasn't particularly unenthusiastic about the whole uniform concept.  I mean, sure, making polo shirts like an under-aged sweat-shop employee has it's ups and downs.  But considering how flexible our particular policy was, overall I was pretty ok with the requirement of A School Uniform. 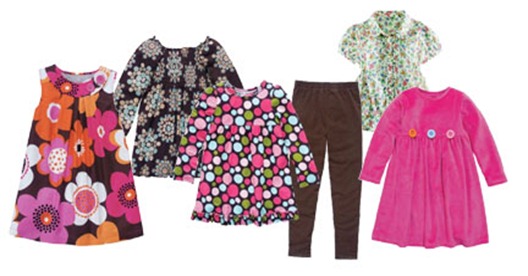 How cute is all this stuff?  Cute, right?  Admit it.  It's cute.  And not one thing can be worn to school.  Except the brown leggings.

So now I'm wondering how we managed to get stuck with the one principal who is downright dogmatic about the uniform policy (and there's a reason why all but three schools, and likely next year all but one school, have dropped the uniform policy... namely, that it doesn't work).

The real kicker is that I have patterns and fabric that I could use to make all of that cute stuff.  But since the girls can't wear it to school and they spend most of their day (not surprisingly) at this very same school... is it worth it to make a bunch a clothes that they'll wear for two hours at a time, if at all?  Hmmph.  Not really. 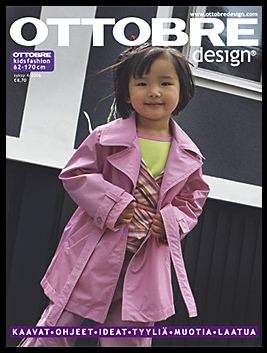 I'll bet I've made at least a ¼ of the patterns in this issue, which is quite a lot for me.

And here's the latest: 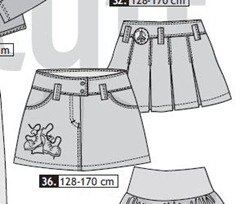 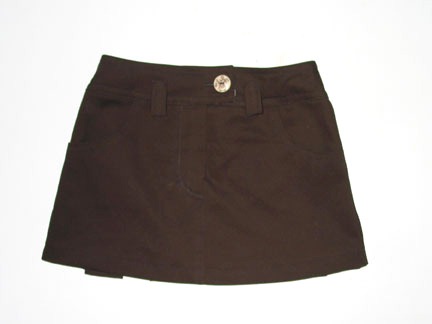 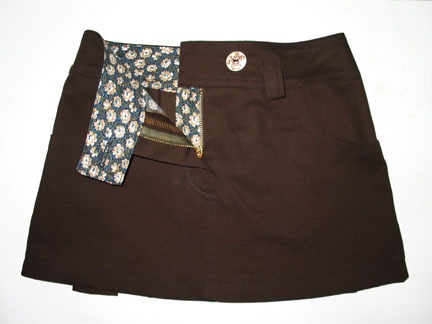 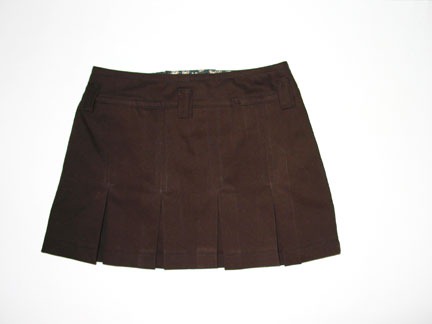 At a rock-bottom price of $4.00/yard, FashionFabricClub declared this fabric was “twill”.  Which I guess technically speaking is accurate.  But in fact it is, of all things, a cotton gabardine.  Honest.   Unfortunately, as can be seen from the photo of the back, it still presses poorly like wool gabardine and left shiny press marks on all the seams.  They came out with washing, thank goodness.

I pretty much made this straight out of the box with no changes (a rarity around here, I can tell you).  I cut a 128 and added 1" to the width at the front for some extra hip room.  I was fervently hoping that a "miniskirt" for a child 128 cm tall would work as a "normalskirt" for a cubical midget.  And look!! I was (for once) right!

Cheerleader pleats in the back?  Check! 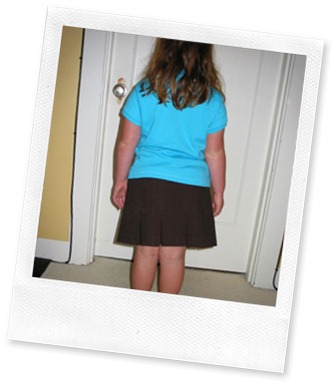 Good fit in the front?  Check! 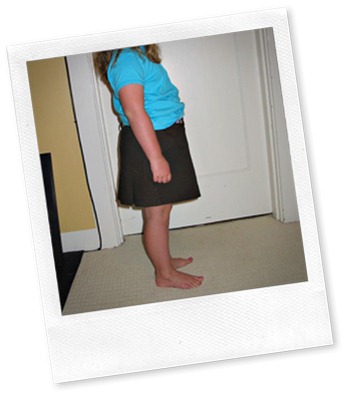 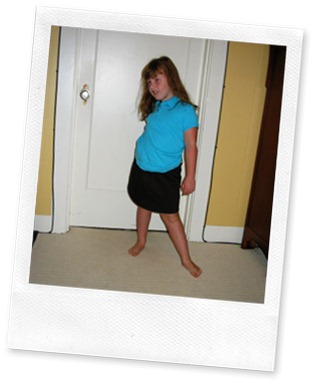 Of course, TLo immediately declared her favorite feature was…. pockets. 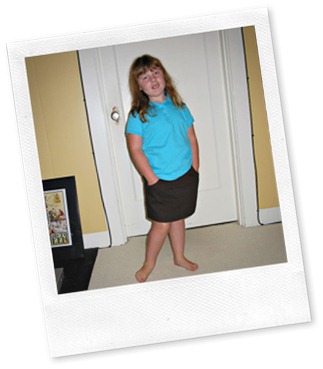 And the “Chinese button”.  TLo is all about the Chinese stuff.