One of the disadvantages to having two babies in a year (other than the obvious utter physical despair) is that said babies grow up basically thinking of themselves as… one unit.  Joined at the hip.  Peas in a pod.  Creepily synchronized like children from The Village Of The Damned, if you will.  And of course, what One has the Other must have too.

Does it matter that their figures are so dissimilar they don’t look like the same species, let alone like siblings?  No.  They must still have the same freakin’ clothes.  But only when the mood takes them.

They’re called The Evil Monkeys for a reason, people.

I bought this garment for TLo in June: 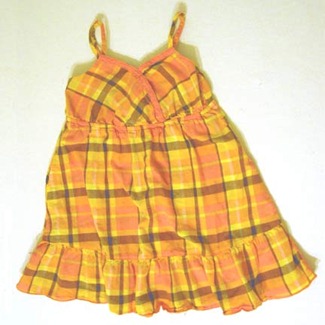 It did not remotely come close to fitting her.  So I gave it to The Big One instead.  You’d think I gave away the flippin’ kitten or something.  So, I promised to make TLo a top just like it.  Um.  In June. 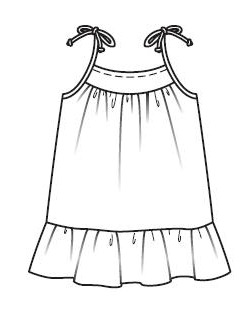 Even though this pattern is for knits, I figured it would be fine with the plaid seersucker I bought (you know, in –ahem- June).  I also converted the ties to regular shoulder straps with lingerie hardware.  Mostly because the original garment had those and that seemed to factor highly in TLo’s covetousness of it. 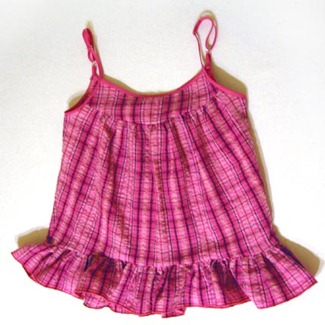 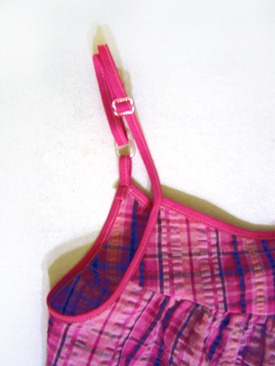 This pattern had two variations, one as a top with a waistband and one as a dress with a hem ruffle.  I used the top length for the bodice and then added the ruffle. 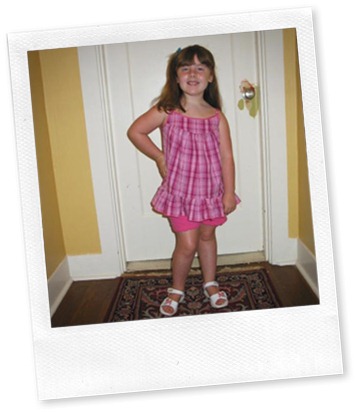 I had a really hard time getting good pictures of this one. 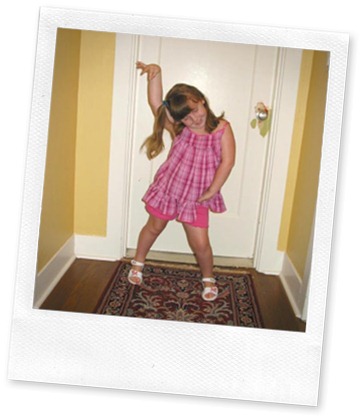