Details, details.  I am so a Big Picture kind of person.

Here are the items with link to the patterns where available.  All the skirts are “plus” size and half the shirts are plus size.  Since I’m a fat pear (that made me laugh out loud) I typically cut a smallish in a plus skirt but for tops cut a “regular” size and alter up at the hip.  The plus shirts will probably cause me no end of trouble since they’ll be too big in the shoulder.

I did tell you these are all really OLD patterns.  Only one dates from this season and the next newest is from early 2008.  The rest are much older than that.  A trend-setting fashionista I am not.

NOTE: Clicking on the images will take you to the websites. 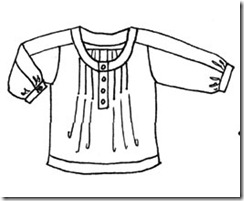 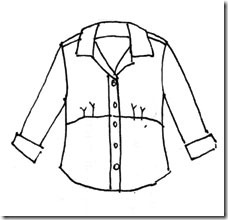 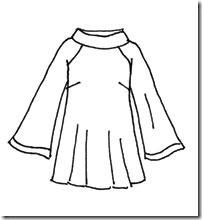 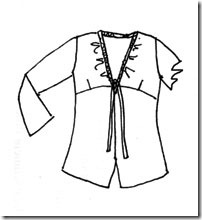 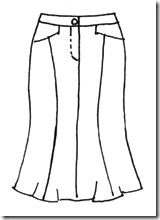 Change #1: I never was convinced about the bias-cut plaid.  I love it in theory but I’ve never actually tried it on me (because nothing RTW in bias-cut plaid comes in my size… this should tell me something).  Saying that, my plaid is a little more subtle than MB’s but… mulling.  It’s raining and thundering right now so maybe winter is over already anyway.

Change #2:  After looking at the magazine photos of BWOF 4/2007 #136 again, I think for summer (assuming the pattern comes out ok) I’ll try it in a mid-weight linen.  I have some in the stash that would probably be perfect for it.  So that at least takes care of one summer skirt.

Assuming I get anything done.  I’m still altering TLo-The-Amazing-Beach-Ball-Girl’s jeans pattern, which I have to finish because I can’t take one more morning of her wailing “But I want to wear JEEEEEEANS”.  Bear in mind that two months ago I specifically asked her if she wanted some jeans and she insisted that she wouldn’t wear anything but skirts.  Not dresses.  Not leggings.  Not jeans.  Skirts.  And of course, now she won’t wear skirts.

5-year-olds.  They are lucky they’re cute.

(edit: I forgot to mention, but maybe you figured out, that I plan on shortening the Vogue pattern into a top rather than a dress.  I'm  not sure if this will work or not yet, I may have to narrow the skirt of the top a little so it's not too full.  Can't know until I get it ready to fit.)