Which is a problem.  In terms of my trying to be organized, that is.  It’s not so much a problem in terms of, for instance, world peace or global warming.  However, it could result in my children running stark naked in the streets.  For midgets, my kids sure do seem to grow a lot.  How is that possible?  It’s like some sort of quantum physics zen riddle thing: If the children continue to grow out of their clothes on a weekly basis, how do they remain midgets?  Uh…  (The answer is “42”).

I’m so disorganized that I just realized that I forgot to make a post about TLo’s shirt from three or four months ago.  Oh yeah.  That shirt.  That I said I was going to post about two months ago.  Right.   So what the heck, here it is.  Despite the fact that she now won’t even wear it and it’s probably too small. 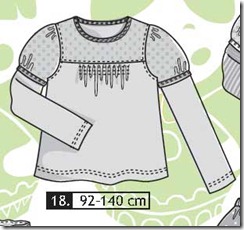 This top has two sleeves that are attached at the armscye, so you have the option of using one or the other or both. I used the long sleeve.  Right off the bat I’ll say that this shirt was made from an old Cacique sleep-shirt that I have no idea how I acquired.  I mean, don’t you find that a little disturbing?  I do.  It’s very odd.  Do random pajamas just appear in your house?  And I have two of these.  Two!

Anyway, I bring this up because this was not a very good fabric choice for this top.  It’s very flimsy, very stretchy and very hard to work with.  Plus, I didn’t quite have enough fabric so I had to cut the front yoke in two pieces.  I decided to do the front rather than the back, because I figured I could attach some decorative buttons on the front in a sort of faux placket concept (without actually bothering to make a faux placket, of course). 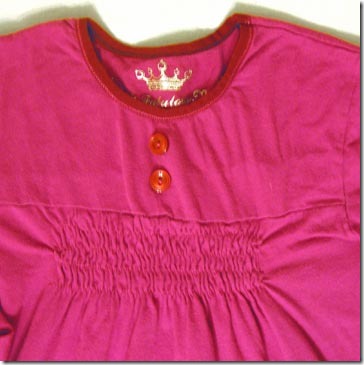 Voila!  Decorative buttons.  I thought this was pretty clever, especially since the original shirt came with about fifty buttons so these matched perfectly.  If only that made up for the crazy warped seams and stretched out smocking.  I used some FOE I got in Portland for the neck binding.  I also used the curved hem on the existing shirt rather than making a hem. 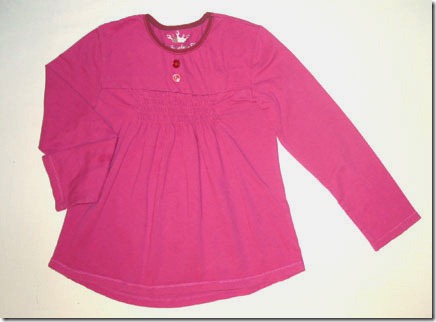 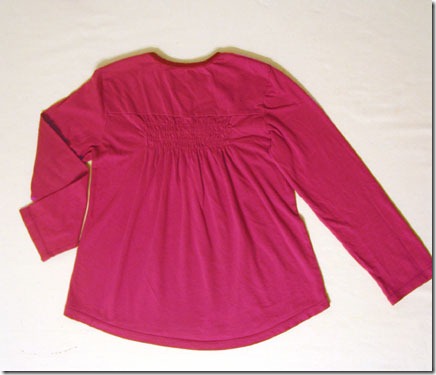 I keep meaning to make more of these for TLo in a better fabric but now of course she’ll need a bigger size, which means retracing the whole thing.  Which to my mind sort of defeats the whole purpose of re-making something.  Plus Ottobre will persist in sending me new issues of their magazine, chock full of new patterns that are so appealingly… new.  Who do those people think they are, anyway? 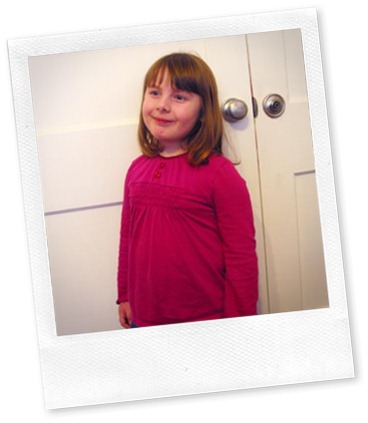 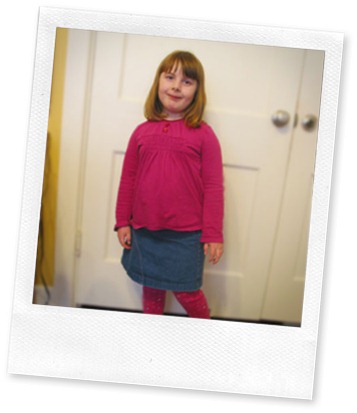